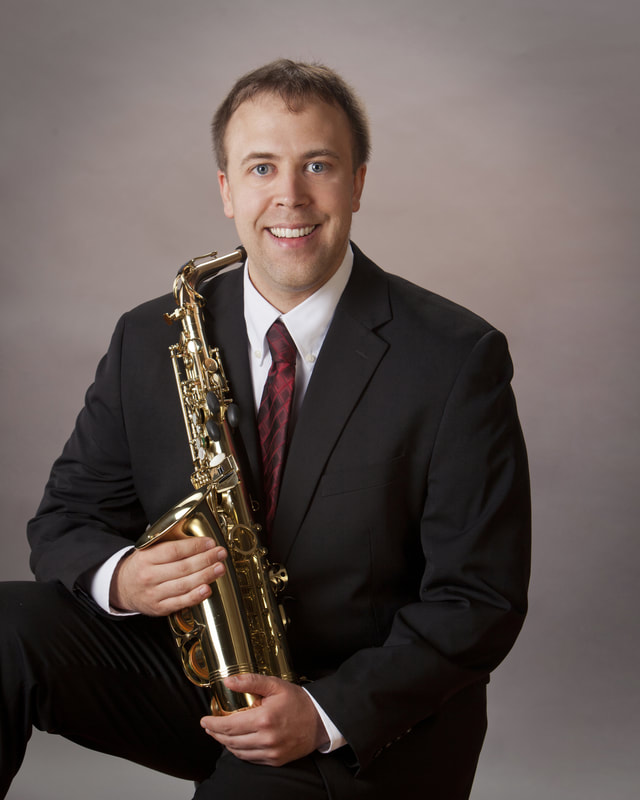 Matthew James Swallow is a saxophonist, woodwind, and electronic wind instrument specialist from Western Pennsylvania.  He is known for his skills on the instrument, playing fluently in both genres of classical and jazz styles Swallow serves as a role model in performing and educating young musicians in developing skills and appreciating the musical arts.  In his early years of practice, he has studied with influential teachers including: Will Jordan, Varden Armstrong, Terry Steele, Dr. Jeremy Long, and Dr. Michael Ibrahim.

Swallow began his interest in saxophone studies at the age of 10 and instantly became the instrument that would carry him all through middle/high school and undergraduate studies.  In 2009, Swallow graduated from Slippery Rock University of Pennsylvania with a Bachelor of Music in Music Education and Performance (Magna Cum Laude).  Swallow had the privilege to perform with the SRU Jazz Ensemble directed by Dr. Stephen Hawk and took his talent to various venues, including the Montreux Jazz Festival in Montreux, Switzerland and North Sea Jazz Festival in Rotterdam, Holland in the Summer of 2006.  He also has made appearances performing with the Butler Symphony Orchestra performing on George Gershwin’s American in Paris and the Jimmy Dorsey Orchestra.  Swallow has performed with the Slippery Rock Saxophone Quartet, which included a performance at the 2009 North American Saxophone Alliance Region 8 Conference.  Over the past few years, Swallow has provided instruction on saxophone and clarinet privately and in the public schools along with performances in local high school musicals.

In his earlier graduate studies, Swallow pursed a degree in Master of Music in Performance at Miami University of Ohio, which he completed in the spring of 2013.  During his time at Miami, he served as a Graduate Assistant for the Miami University Department of Music.  His major contribution of research to this institution was on Microtones: A Sound Extension of the Saxophone.  He was selected as a finalist in the 2011 Miami University Concerto Competition and invitation to perform with the 2012 OMEA All-Star Collegiate Jazz Ensemble.  He was the principle saxophonist in the Miami University Saxophone Quartet, which this chamber group performed at the 2013 North American Saxophone Alliance Region 5 Conference.  Swallow was also a member of the Miami University Wind Ensemble, Miami University Symphony Orchestra, and Miami University Jazz Ensemble.  These large ensembles performed at Carnegie Hall in the fall of 2012.  Swallow was part of the Eclipse Wind Trio, which was highly active in the commissioning of new works for this chamber group consist of saxophone, trumpet, and bassoon.  Composers Eric Knechtges and John Clark have written for this group.

Swallow completed his degree in Doctor of Musical Arts in Performance at West Virginia University in December 2016.  He was part of WVU’s graduate saxophone quartet, which participated in the 2013-2014 MTNA Chamber Music Competition.  In 2014, Swallow premiered two new classical works by composers Kyle Simpson and David Maslanka in one of his doctoral recital programs.  In another recital at WVU, Swallow made his debut on the Yamaha WX5 MIDI electronic wind instrument, performing a full program consisted of original works for the instrument.  The EWI would become his primary focus of research as he completed his doctorate, publishing his dissertation titled: MIDI Electronic Wind Instrument: A Study of the Instrument and Selected Works.  He presented a lecture recital on the electronic wind instrument at the 2016 United States Navy Band International Saxophone Symposium hosted by Shenandoah University and the Daniel R.Unger Faculty Friday Luncheon Lecture Series hosted by Alderson Broaddus University.